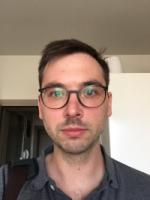 Matthias Duller studied sociology (BA 2009) and Southeast European history (MA 2011) in Graz, Cluj-Napoca, and Zadar, and received his PhD in sociology from the University of Graz in 2017. Since 2012 he has worked in several research projects on Cold War social science in the sociology department in Graz where he has also taught courses on the history of sociology, social studies of science, sociological theory and empirical social research. After his graduation, he held a postdoc positions in Graz, at the Center for Advanced Study Sofia (2018), and the Institute for Advanced Study at Central European University in Budapest (2018-19). Matthias’s research focuses on the political conditions of the social sciences in Eastern Europe under communist rule and involves East-West comparisons and transnational contacts and influences across the Iron Curtain. He authored and co-authored articles mainly on the historical sociology of the social sciences that were published in journals such as History of the Human Sciences and European Societies or as book chapters with Cambridge UP, CEU Press, and others. He is a guest editor of a special issue of Stan Rzeczy on sociology under socialism (with M. Pawlak) and a co-editor (with C. Fleck and V. Karády) of Shaping Human Science Disciplines: Institutional Developments in Europe and Beyond (Palgrave Macmillan, 2018).

Between 1957 and 1969 the US-American Ford Foundation brought more than 700 social scientists, humanities scholars, journalists, as well as physical scientists and engineers from East European communist countries to the USA and Western Europe for extended study and research trips. The earliest and, with respect to non-Soviet communist countries, biggest academic East-West exchange program was a highly sensitive diplomatic affair. The American rationale was to make already anti-Soviet (and possibly anti-Communist) intellectuals a generous offer in order to increase the likelihood that they would become dissenting voices upon the return to their home countries. The communist governments, on the other hand, hoped to train experts as well as party intellectuals in areas of research where they lagged behind Western standards. The disciplinary composition and the process of selecting candidates therefore turned out to be the central political struggle between the two sides.

During my stay at the IAS-STS, I will produce a dataset of all East European Ford Foundation fellows from Poland, Yugoslavia, and Hungary for the period 1957-1969 as well as those funded by the follow-up organization, IREX, until 1989. This will provide a basis to assess the political effects of this exchange program in different countries and over time.